This study handled the attempts of Muslims to conquer Constantinople since the establishment of Islamic state up to 1453 . The study aimed at highlighting the repeated attempts and goals of conquering this city . And why these attempts failed throughout eight hundred years ( 653 – 1453 ) . Then it discussed the sequences of its conquering . The introduction included the significance and the objectives of the study . The preface gave a geographical and historical definition of Constantinople . Then it traced the attempts of Muslims to conquer the city through successive Islamic periods . It also discussed the sequels of conquering Constantinople in 1453 .The study concluded by presenting the repeated attempts and resolution of Muslims to conquer Constantinople in fulfillment of the prophecy of the prophet Mohammed.Athing attained, Latly, by the Ottoman Sultan Mohammed 11, (The Conqueror, 1451 – 1481). The conquering of Consantinople brought the Islamic world into direct confrontation with Europe . The latter compensated this loss by gaining Andalusia from the Muslims . And thence began the modern European renaissance . so conquering Constantinople was a propeller for that renaissance . 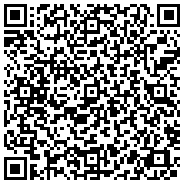