Shendi University hosted on Wednesday 31/10/2018 the delegation that included representatives of American universities and experts of the International Institute of Education in Washington and a number of Sudanese professors at American universities visiting the country as part of the Sudanese and American Universities Forum which started in the capital Khartoum on 28th of this month New Horizons). The delegation was accompanied by Prof. Azhari Omar Abdel Baki, Vice Chairman of the Higher Committee of the Forum and Prof. Abdel Raouf Ahmed Abbas, Chairman of the Communication Committee and Prof. Ali El Sayed, Chairman of the Scientific Committee

Where the delegation was received in Shendi by Professor Taj Alser Hassan Mohamed Ahmed – University Director and Dr. Nasser Mohamed Osman the deputy and the deans of Colleges and Directors of Hospitals and Medical Centers.

The reception ceremony was presented by a number of heritage groups. In the city of Shendi, where I found a great appreciation and a remarkable interaction of the members of the delegation and know the delegation on the functions of the Center and its role in providing research and treatment of cancer in the region and from there the delegation visited the archeological sites in the region An identity through which the Sudanese civilization is known to strike in the foot through the explanation provided by DR.Osman Suleiman and Mr. Hassan Mustafa from the Department of Archaeology on the Faculty of Tourism and Archaeology.

Then the members of the delegation and their colleagues from the University of Shendi participated in research groups focused on academic cooperation and exchange of experiences in the field of joint scientific research and other aspects of cooperation in different academic fields.

At the end of the programs, Prof. Azhari Omar Abdul Baki, Vice-Chairman of the Higher Committee of the Forum, thanked the Shandi University family for their hospitality and praised the university’s distinction among the Sudanese universities.

Dr. Awad Abbas Mohamed Noor, Director of the Department of External Relations at the University, presented an overview of the University and its various faculties and facilities

The delegation visited the hospital, accompanied by the university’s director, Al-Makam Nimr University Hospital, and listened to a brief explanation from Dr. Mohammed Ahmed Al-Sayed, Director General of the hospital about the hospital departments and the medical services provided through it.

And then left the delegation to the capital Khartoum and was at the farewell at the entrance to the city brother, the university’s director.

The University of Shendi was selected as a model for universities located in the States to visit them within the activities of the Forum and the delegation has made similar visits to a number of universities in the capital Khartoum. 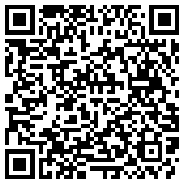 Powered by All Rights Reversed To Shendi University | Designed by IT CENTER - 2022
© Copyright 2022, All Rights Reserved